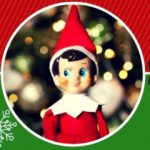 Ralph on the Shelf: An Elf Redemption Story is a family-friendly show about how the Shelf Elf Division of Santa’s Workshop came to be. The story follows an unfortunate elf named Ralph, who grew up with a very un-elf like characteristic … sadness!

Booth is proud to bring this original production to the Broomfield community this holiday season and will feature a special opening dance number from the youth dance team from Broomfield’s Dance Arts Studio. In addition, Booth will be sponsoring a holiday food drive for Broomfield FISH at the show and invites all audience members to help out by bringing on a non-perishable food donation for FISH.

The December 1 show from Booth Dancesport Productions is a triumphant redemption story for all ages that tackles not-so-elf-like issues like depression and bullying for young kids in an uplifting story told through the interpretive power of dancing with 2 acts and more than 20 dances in numerous styles. Booth Dancesport Productions are always unique and not to be missed!  Kick-off the holiday season with your family by enjoying Ralph on the Shelf at the Broomfield Auditorium on Saturday, December 1.

Ralph on the Shelf: An Elf Redemption Story